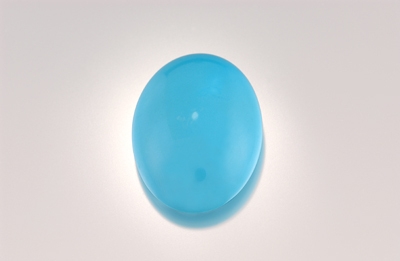 MARCH BIRTHSTONES
There are two birthstones for March – aquamarine and bloodstone.
AQUAMARINE
The name aquamarine comes from the Latin words for water and the sea. Its beautiful blue colour can vary as much as the colours of the ocean in different parts of the world and during different seasons of the year – from pale blue to deep blue to blue-green. The colouration of the usually hexagonal crystals is caused by traces of iron. Aquamarine is one of the precious beryl crystals, along with emerald, morganite and heliodor, and is slightly harder than quartz and a little softer than ruby.
Traditionally aquamarine has been considered sacred to Neptune and the treasure of mermaids and has long been associated with bringing sailors luck, courage, safety and prosperity. History records aquamarine’s first use in Greece between 300 and 500 BC. The Romans believed aquamarine’s healing and medicinal powers could cure ailments affecting the stomach, liver, throat and jaws while in the Middle Ages it was used as an antidote to poison. Soothsayers, who called it the magic mirror, used it for telling fortunes and answering questions about the future. In more recent times aquamarine has been used in spectacles in Germany to correct myopia.
Aquamarine has a cooling, soothing, flowing energy which can take the heat out of emotional pain, anger or physical inflammation. It is a throat chakra stone and, as well as being used to treat throat infections, can help communication.
Naisha (Book of Stones) says: ‘It stimulates the flow of energy and communication from the heart to the throat, assisting one in speaking one’s deepest and most heartfelt truth. It is the stone of release. It is excellent for working with grief as it assists one in fully releasing attachment to the body of a loved one while retaining a positive emotional connection to the loved one’s spiritual being.’
Robert Simmons (Book of Stones) says for men and women aquamarine ‘promotes gentle, truthful, compassionate communication’ and also recommends it for children who are shy or have difficulty verbalising.

BLOODSTONE
Also called heliotrope, bloodstone is a form of opaque chalcedony which is generally dark green with red spots and blotches. It has always been associated with healing and having magical powers because legend had it that the red spots were drops of blood that fell from Christ’s side when a Roman soldier thrust a spear into it during the crucifixion. During the Middle Ages the stone was believed to stop nosebleeds and, when powdered and mixed with egg white, to cure tumours and treat any kind of haemorrhage.
It is still believed to be helpful for any type of blood disease, cleansing and fortifying the blood and stimulating the liver and endocrine system. Menopausal women can use bloodstone to help stabalize hormones.
Robert Simmons (Book of Stones) says bloodstone grounds us fully in our bodies and helps us to function with strength, determination and courage. He also says, ‘It has a way of eliciting the highest and most altruistic character traits in whoever carries or uses it.’
Melody (Love Is In The Earth) says, ‘The message which lies within bloodstone is to be here now. It grants one the mastery of renewal – for renewal of the physical, mental and emotional. It also provides for the revitalisation of love, relationships and friendships.’